Here’s where the fun starts with your world.  I assume you’ve chosen the type of world to create, whether it’s Earth-like, a waterworld, or a dry world.  All of these need a map.  This section is more important for fantasy worlds, though it is quite useful for science fiction worlds if you’re creating a whole world.

To start off, a simple map will do.  Make the continents first.  But don’t just make them blobs.  They need intricate coastlines.  The more complex, the more realistic.  Look at a map of Earth.  Take a look at coastal regions and you’ll see that they’re not straight lines.  They’re not curves.  They’re very organic looking with lots of inlets and peninsulas.  That’s what you want to draw. 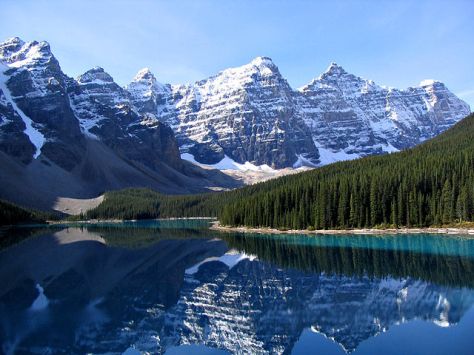 What you need to do next is add the mountain ranges, lakes, and rivers.  Keep in mind that large mountain ranges form continental divides.  The rivers should flow from the mountains, not cut through an entire mountain range from one side to the other.  Mountains aren’t random, either.  What is useful is to create a map showing the tectonic plates, and show the direction of movement of each plate. This will allow you to determine where the mountain ranges go, as well as pinpoint the seismically active regions.  You can indicate where volcanoes are in this step, as well as the mountains.

A Fantasy Reader has an index of maps that shows a long list of fantasy novel maps.  Definitely worth going through for some ideas about style.  The style is up to you.  The easiest is to use a bunch of triangles for the mountains.  Even the best did it.

The map gives you a lot of possibilities for stories, especially if you’re writing a long series.  It also gives you an image of what the world is like.  It’s a very powerful tool.  I love looking at maps in fantasy novels.  I love making them, too.

For Ariadne, I did just what I said above.  However, I drew the tectonic plates map after I drew the mountains.  I just imagined how they would be arranged with the mountains already drawn.  But this gave me the idea of where to put the volcanoes and which areas are prone to earthquakes.  I also included some hotspot volcanoes, similar to Hawaii.

I’ve posted the above image before, and this is my work in progress, the map of Ariadne I’m digitizing.  Whether you do the map on paper or computer is up to you.  I prefer doing it on paper.

My map contains four continents and two major oceans with some large bays.  There are also ice caps, but I’ll talk about this on a later mapmaking topic when we deal with climate and ecosystems.  To read more about Ariadne’s mapmaking process, please check out this post.