I was trying to think of something snappy and creative for the title of this post. I failed, didn’t I? But that’s okay. This simple and direct title does its job. However, you can’t do that for a book.

The first things people see when they look at a book are the cover and title. Obviously, the cover needs to be eye catching. The title needs to be memorable.

I’ve seen so many titles that are so simple that they’re forgettable. Or they sound the same as others. It’s difficult to think of a great title.

For my short story series, I’ll be using planet names, but I need them to sound different than Ben Bova’s titles. I’ll use the planet names in combination with other words that are relevant to the story. But how do I decide?

So, for those of you who write, how do you choose a title?

We’re moving on from the top five down to number six.  This is a big country and it has a big population.  It is India!  With 318 views in 2014, that makes it 1.7% of the total views.  So, I need some help.  If you are Indian, live in India, or have visited India, then please give me your opinions below. 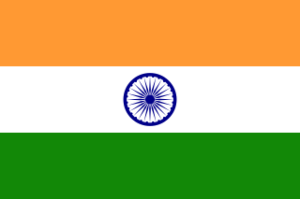 India is a really big country.  With an area of 3,287,590 square kilometres, it’s the 7th largest country in the world.  With a massive population of 1,210,193,422, it has the 2nd largest population in the world.  It’s one of only two countries with a population of over a billion people.  The capital city is New Delhi, and the largest city is Mumbai with a population of 12,478,447 (20,748,395 metro). The official languages are Hindi and English, though there are many regional languages throughout the country. It’s also a very multicultural nation.  India became independent of the United Kingdom on August 15, 1947. The head of state is the President (currently Pranab Mukherjee) and the head of government is the Prime Minister (currently Narendra Modi). The government type is a federal parliamentary constitutional republic.

India is a vast country with a very long history.  It would be difficult to see everything.  There are so many languages and cultures represented, it’s quite surprising how multicultural it is.  Outsiders may not understand this big country.  So, I need your help.  If you are Indian or have lived or visited India, then please answer the following questions:

Thank you very much! Please share this post so we can get as many answers as possible.  It’s much appreciated.