We’ve come to the end of the top ten countdown of the countries that have visited this blog.  In tenth place is Germany!  With a total of 103 visits in 2014, that makes up 0.55% of the total views in the year.  If you are German, live in Germany, or have lived in or visited Germany, then please help me out. 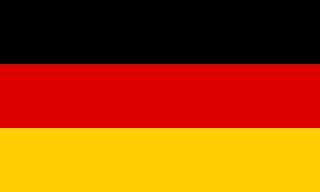 The most influential, economically powerful, and most populous nation in the European Union has an area of 357,168 square kilometres, making it the 63rd largest in the world.  It has a population of 80,716,000, which is 16th in the world.  The capital and largest city is Berlin, which has a population of 3,562,166.  The official language is German.  The formation of Germany is rather complicated, but German Confederation was on June 8, 1815. It later split after World War II, and reunification was on October 3, 1990.  The head of state is the President (currently Joachim Gauck), and the head of government is the Chancellor (currently Angela Merkel). The government type is a federal parliamentary constitutional republic.

Germany is a nation filled with mountains, castles, beer, and sausages.  That just sounds wonderful.  It has a lot to see.  It also produces some high quality cars.  I’m a quarter German (from my maternal grandfather), so I’m quite interested in this country.  So, if you are German, live in Germany, or have lived in or visited Germany, then please answer these questions.

Thank you for your help! Please share.  I look forward to reading your answers.