Books throughout history have provided us with a window on the past. But have there been some books that have guided the course of history?  Well, of course! But here’s what our authors think. This week’s question comes from stomperdad.

Question 27: Do you think there are any books that have changed history?

Changed history? No — once it’s happened, it’s happened. But changed the COURSE of history, yes. The easiest one that comes to mind is Stranger in a Strange Land.

Plenty! Forgive my brevity, but of course. I think my favorite of which would have to be Fahrenheit 451 by Ray Bradbury.

Changed history? Well that’s a strong notion, but I’m sure there probably are some books that have changed history. The Bible definitely springs to mind, as I’m certain history would have been a heck of a lot different without it, but somehow that seems like a kind of a smartass response. So, instead, how about the grandfathers of horror like Bram Stoker’s Dracula and Mary Shelley’s Frankenstein? They may have not been Earth-shattering changes, but I’m sure these books changed the history of horror in huge ways, and as a horror writer that’s big enough for me.

Definitely. Two of the most obvious would be Newton’s Principia and Darwin’s On the Origin of the Species.

Fiction’s influence tends to be more subtle, but I doubt, for just one example, that American history would be the same without Uncle Tom’s Cabin.

I’m sure lots of books have. What we read goes into our brains and wanders around in there, inspiring new ideas about the way things work, about what we could do differently, about who we are and who we want to be.

Books that have changed history? I don’t know. There are books that have changed how people see the world and others that have made generations of youth book lovers. There are controversial books that have caused great discussions.  I remember when the Satanic Verses came out. It was all over the news, people talked about it, but I don’t know anyone who read it.  My mother remembers finding a copy of Gone with the Wind.  Her mother forbid her to read it.  So she buried herself under covers each night until it was finished.  Did either change the world? No, not that I can see.

DEFINITELY! Books definitely have a way of changing history. Just this week with the race-related problems in Baltimore and just before in Ferguson, I saw quotes all over the news and internet from Lee’s To Kill a Mockingbird. It’s impossible to deny the way sacred religious texts influence history—just turn on the nightly news.   I’d add some others to the list as game changers: Orwell’s 1984, Darwin’s The Origin of the Species, Hitler’s Mein Kampf, Friedan’s The Feminine Mystique… Okay, I obviously could go on all day with this one!

I’m sure there are plenty.  I know of two examples that have influenced US history (I can’t speak for other countries):  Uncle Tom’s Cabin and The Jungle.

Pretty sure Ayn Rand’s stuff has had an …. interesting effect on the course of certain countries.  Then there are the various religious texts and political manifestos that have steered the course of the world, and of course scientific treatises causing philosophical upheavals.  Books are important.

History has been guided by a lot of books, I’m sure. Religious texts such as The Bible, The Quran, and Torah (and these are only for some Abrahamic religions) are still directing how people live, as well as giving reasons for waging wars. Scientific books, such as Darwin’s On the Origin of Species play a major part in scientific advancement that has resulted in things like vaccines and understanding how life evolved. More recently, fictional literature such as Orwell’s 1984 have had an influence on the present state of surveillance and attempts at controlling what people can say.

On the other hand, there are school history books today that are attempting to change how we view history, effectively making people completely misunderstand what really happened. Revisionist history is certainly not a good thing.

Are there any books you feel have changed the course of history? Let us know in the comments below. 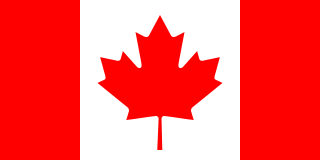 I’ve been in Japan for 10 years now, but that doesn’t mean I don’t miss anything about Canada.  I do miss some things. Of course, I’ll get to experience them again in a year.  And then I’ll miss Japan.  But here are 10 things I miss about Canada.

Canada is known for its politeness.  Japan is also known for it, but they’re different.  I feel like Japanese politeness is only on the surface, just to maintain appearances and to not disturb the status quo. In Canada, it’s more genuine. People are concerned about each other and more interested in being friendly to people.

Can’t find it in Japan often. Pringles does sell it from time to time, but I want Old Dutch.

Sure, Japan has bacon, but it’s more like a thick cut of bacon that tastes like ham. It looks like bacon, but it’s so thick it’ll never be crispy. I want the crispy bacon of Canada.

Japan has a lot of Chinese food, but it doesn’t have the same Chinese delivery system as Canada.  And the food is different. I like Canada’s.

Cheese is so incredibly expensive in Japan!

One stalk of celery is about $1 in Japan. Can you believe that? But bananas are cheap.

I have a driver’s license in Japan and drive a few times a year, but the roads are so narrow in many places, so many people stop and block an entire lane on a busy road, and the parking spaces are so narrow. Give me Canadian roads and traffic laws.

Japan’s culture basically excludes anyone who is not Japanese. You could be a person of mixed race born in Japan, first language is Japanese, raised to be Japanese, and have Japanese citizenship, but you would not be considered “Japanese.” Look at Miss Universe Japan. She’s half African-American. She’s had to go through a lot of discrimination and abuse because of her mixed heritage. In Canada, not only would I feel like I belong, but my daughter and wife would be accepted into Canadian society.

I will also come up with a list of things about Japan I will miss. And I’ll miss a lot. I love it here.