Many of you may know that I run several blogs. This one is the most active, while my Japan blog has only occasional updates at the moment (I will get back to work on it, though).  But there’s one I haven’t updated in quite some time that I’d like to give new life to.

That blog is 365 Rotations. Originally, it was an experiment to take a photo in the same locations every day (or every week) for a year to keep track of the seasonal changes, and eventually make videos to show this. I haven’t actually done that. I’ve taken all the photos, I just haven’t organised them yet. Another thing I’d been doing is keeping track of the daily weather. And that’s where my idea comes in.

You see, I’ve been keeping track of the weather on my phone since my last post. I’ll eventually post them all, and do monthly stats, comparing them from year to year.  I’ll have three years of weather stats by the time we move to Canada, where I’ll start taking weather stats as well.  But my idea is to also do a photo of the day. I’d focus on the day’s weather, like clouds, sunset, storm, lightning, snow, and so on. I’d like to get it started in July, but first, I need to clear up the memory on my phone. Too many photos and videos! So, look forward to more updates coming on that blog soon!

I don’t think words can adequately describe tonight’s sunset. But you can try. 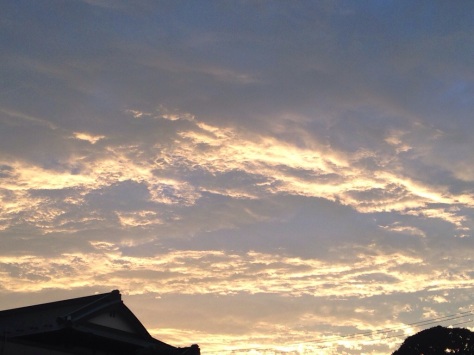 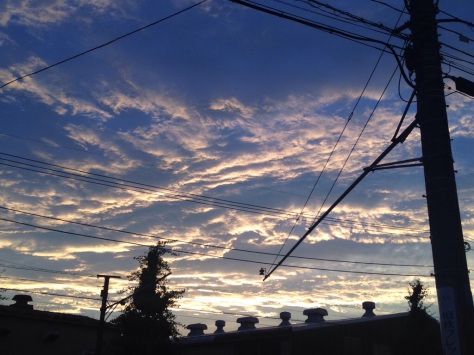 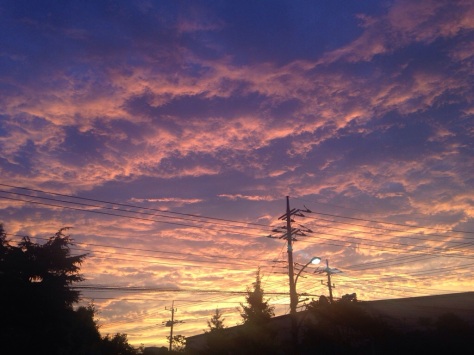 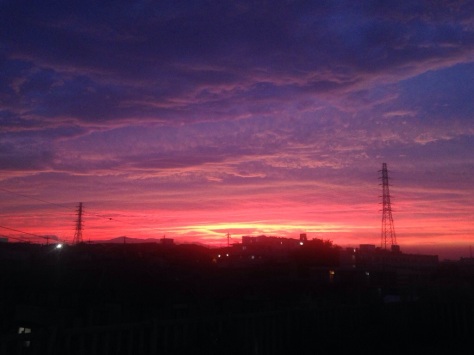