July had so much promise in the beginning, but it ended up being disappointing. Lots of views in the first week, but the rest of the month was sluggish and a bit quieter. July last year was similar. I’m guessing it has something to do with people going out more and spending less time on the internet. Well, I did meet one milestone. The month ended with 1,001 followers, up by 36.

The month ended with 7,979 comments, with 660 coming in July. That was one of the only stats to be good. In fact, it tied for the best month for comments.

The top 10 countries were:

The top 5 posts made in July were similar to June. Authors Answer continues to perform well. The posts were:

My most popular post written before July was, yet again, INTJ – An Analysis of My Personality with 253 views. This is down from last month.

Here are some posts that I think you should read. They’re good, and deserve more comments and views!

Absolutely none. I’m almost finished a book, an incredibly long book. That’s why it’s been taking me so long to finish the next book.

On YouTube, I uploaded no videos in July.  I have 38 subscribers, which is the same as the last month.  The month ended with 8,088 views, which is a small increase of 133. I’ll be making a lot more videos coming soon with content about Japan.

Looking Ahead to August

I’m looking for stats to rebound this month, as it did last year. This is the month I hope to get more videos going. And of course, a review should be coming.

Writing will continue if I can endure the heat. I need to get some critiquing done, and I should be able to post Journey to Ariadne parts 4-6. I really don’t expect a lot of writing before moving to Canada, but that’s next year.

As far as blogging plans go, I want to get the Geography Quick Facts started up, and of course, continue with Authors Answer and Astronomy Quick Facts. And worldbuilding! I must write some more worldbuilding posts. 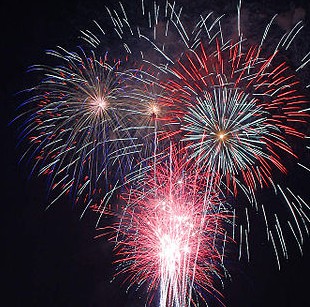 I love milestones, and this is a big one. This blog has finally achieved 1,000 followers! So, I thought, what could I do for this occasion? Well, some other people have done something similar, one for a 500 follower milestone, and another who just does it to bring bloggers together.

Let’s have a good old meet and greet! It’s very simple, just leave a comment with a link to your blog (the main blog or a single post, it’s up to you) and say something brief about your blog or yourself if you like. If you have a book, tell us about it, too. I’d also like to ask you to do one other thing: share this post as much as you like and anywhere you like. Tell other bloggers you know about this post so they can also find some great blogs to follow.

I look forward to meeting some new bloggers and discovering more blogs!