Ever heard of Brodick Henderson? How about Homarenishiki? They’re the same person. From Victoria, BC, Henderson is now known as Homarenishiki as he competes in Japan as the only Canadian in professional sumo. And so far, he’s looking pretty good.

There are six main divisions in sumo, from highest to lowest: Makuuchi, Juryo, Makushita, Sandanme, Jonidan, and Jonokuchi. At the moment, Homarenishiki is in the second lowest, Jonidan. He’s in his third tournament as a regular, each time with a winning record. You can see his record here. In the current tournament, he’s now 3-1. He lost his first match, but has won the other three.

Here, he lost to Fujihisashi. Homarenishiki is on the left.

He defeated Tsubomi here. Again, he’s on the left.

And then, he defeated Imafuku.

And in his most recent match, he defeated Zendaisho.

I’ve been watching Homarenishiki ever since he started doing sumo in Japan. I hope he goes a long way.

By the way, he’s only the second Canadian to do professional sumo in Japan. The first was Kototenzan, aka John Tenta, aka WWF pro-wrestler Earthquake.

Are you surprised to know about these two Canadian pro-wrestlers? 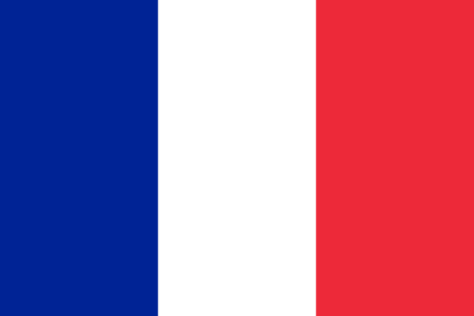 Sometimes, it takes an event like the terrorist attacks in Paris to make people think about how completely screwed up the world is today. Paris is a reminder that this kind of thing is happening in many parts of the world. It’s not the deadliest attack by a long way, but it is very high profile, and it happened in a country where people should be safe. If it can happen in Paris, it can happen anywhere.

People are complaining that this is getting a lot of media attention while the attacks in Lebanon, Palestine, and Africa are getting little attention. The problem is, it’s always happening in those places, and we’ve become desensitized to it. When it happens in a place like Paris, everyone notices. But whether it happens in Beirut, Lagos, or Paris, all of the lives that were lost matter.

Look at the deaths due to terrorist attacks so far in November:

These numbers don’t include the terrorists, only the victims. But look at October:

Really disgusting. I’m feeling pretty speechless by all of this.  It’s hard to put into words how I’m feeling.

I just wish they would stop. These acts of terrorism are done by people who have no compassion, no sense of what being human is. They have no capacity to understand people who are different than them.

And then I hear about people saying we should shut out all the Syrian refugees. That’s not going to help anything. More than anything, it’ll create even more resentment by the refugees, and will breed more violence. These people are running for their lives, running from the very same terrorists that want to destroy western civilisation. You know who most of the victims of terrorism are? Muslims. Most of this is Muslim on Muslim violence. And those terrorists are extremists. They represent such a small percentage of the population that they do not represent everyone. I know Muslims who are wonderful people.

What I can’t stand is people who are willing to discriminate against the majority of Muslims who are good people just to try to keep out extremists and terrorists. That won’t work. And I really can’t stand people who will tell Canadian Muslims to get out of our country when those very Muslims want nothing but to live their lives in peace.

Going to the even more extreme are the people who want to stop immigration altogether. Two of my grandparents were immigrants. My wife will be an immigrant. I won’t stand for that. Especially from people I know.

All I want is for people to stop their idiotic fighting and try to get along. If you can’t get along, then just don’t talk to each other and keep to yourselves. There’s no need to bother others and impose your set of beliefs on everyone. Obey the laws of the country you live in. Don’t try to impose your religious or personal beliefs on the government of the country you live in. Respect the law, and respect others’ rights to live their lives peacefully within the law. It’s actually a very easy thing to do. I don’t know why people have to make it so difficult.

This isn’t all about France, of course. This is about everyone. I long for a peaceful world where everyone can live without fearing who’s going to hate them for religious or cultural reasons. It’s a cycle that just keeps going and going. It never ends, does it?