In Japan, there are many little laundromats called coin laundry. They’re open twenty-four hours. I’ve encountered strange people there before. And right now, I’m in the coin laundry washing and drying something.

A man came in and angrily tossed his laundry into the dryer. He slammed the washing machine and dryer doors, and stalked out of the coin laundry. Not sure what he was angry about. I guess I’m waiting for the laundry to finish instead of going home while it dries.

Other times, I’ve been stared at by old men while I loaded the dryer. And on one occasion, a couple old men started talking to me. I think they were testing my Japanese, because they seemed very interested in my brief replies. They were impressed by simple answers. I didn’t really want to talk to them. Their attitude was a bit odd.

So now, I’m sitting here with another man who’s drying his clothes. He’s concentrating in his phone, so no problem.

Ever have strange encounters at the laundromat? 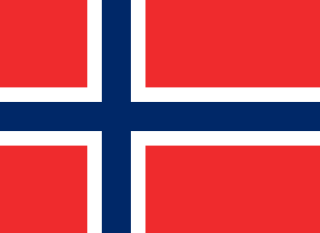 My next test drive is the Norwegian language. It’s the language of my maternal grandmother’s family, so I have a great interest in learning the language. It’s said to be pretty easy for an English speaker to learn, as it’s similar to English, but has easier grammar. It’s a Germanic language, and shares a lot with Swedish and Danish.

It uses the Roman alphabet, so is pretty straightforward. However, it also has Æ, Ø, and Å. Other than that, easy.

It takes a little getting used to, but once that’s done, it’s not difficult. There are a lot of silent Ts and Ds, though. And some sounds don’t look anything like the letters that are used (from an English point of view). But the pronunciation rules are strict, unlike English.

Not very different than English. However, the nouns have gender. But the good thing is, it’s optional! You can use the masculine form all you like, though there are some exceptions where the feminine form is used. Verb conjugation is incredibly easy. There’s no variation in the verb at all. For example, “be”/”is”/”are” is always “er” in Norwegian. The indefinite article, “en” becomes definite when added to the nouns as a suffix. So, “en mann (a man)” becomes “mannen (the man)” and so on. There are exceptions, though.

I was a bit worried looking at the words. I didn’t really recognise many. I wasn’t sure how different it was from English. However, after doing six lessons, I’ve found it relatively easy to learn. I retained the words pretty well, understood the grammar easily, and made few mistakes. The only difficulty is the listening. I wasn’t used to the pronunciation. That’s where my mistakes were. So, I’m definitely looking forward to learning Norwegian. Looks fun!

Are you interested in Norwegian? Let me know in the comments below.