When you’re reading a novel, you notice that the story is told from different points of view. Sometimes you know what characters think, sometimes only one, sometimes many, and sometimes none at all. Often, you get to see the story from both sides, the protagonist’s and the antagonist’s. Sometimes, you only follow the protagonist.

In many stories, knowing what the antagonist thinks is beneficial to the story. It gives you a better understanding of their motivations, and helps you sympathise or hate them.

If you only follow the protagonist, you only know what they think of the antagonist. Your opinion is based on theirs.

I’ve read both kinds of books. I find that depending on the story, they are both appropriate. But do you have a preference? Which do you like to read? Also, if you write, how do you decide whether to show the antagonist’s point of view or not? Let me know in the comments below. 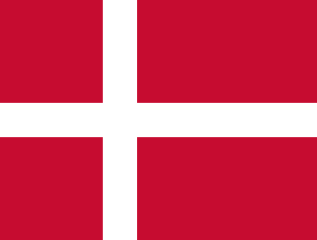 Moving from one Scandinavian language to another, I attempted a bit of Danish. It’s very similar to both Norwegian and Swedish, but my experience was very different from either one. There were some easy aspects, yet other frustrated me. I was surprised.

This is pretty easy, like the other Germanic languages. It’s mostly the Roman alphabet with a couple other characters added (æ and ø).

This frustrated me a bit. The postfixes were difficult to hear, and some words weren’t so easy to pronounce. I would really need to practice both listening and speaking to be able to get this right. Not easy.

The good things: You don’t have to conjugate verbs. They are always the same no matter what the pronoun is. The pronouns are also quite straightforward. There are gendered nouns, but not male/female. However…

The bad things: The nouns are either common gender or neuter. These you just need to remember. For the indefinite articles, they are en and et respectively. For the definite articles, they are postfixed to the nouns. And then there’s the plural form. And definite plural form. I just got so confused I couldn’t remember what they were. I would have to really concentrate on this to remember.

I had difficulty with both pronunciation and articles. However, word retention was very good. There were some similarities with Norwegian and Swedish, and I liked that the verbs don’t conjugate. That is easy. I found it more challenging than Norwegian and Swedish, but that’s just after six lessons. It’ll be a while until I fully tackle this language, though.

Have you studied Danish? Are you interested in it? Let me know in the comments below.