Writers have to deal with English grammar when writing. Some are not experts at grammar, while others seem to have a wonderful way with the language. But what do you have difficulty with in writing?

In my case, I find that I use the passive voice too much. I use it correctly, but it’s not effective when writing fiction. It doesn’t have the feeling of action. The narrative must be active so the reader feels like they’re in the story along with the characters. I don’t have this problem as much now, but sometimes it creeps in.

What about you? When you write, what kind of grammar issues do you have? Let me know in the comments below. 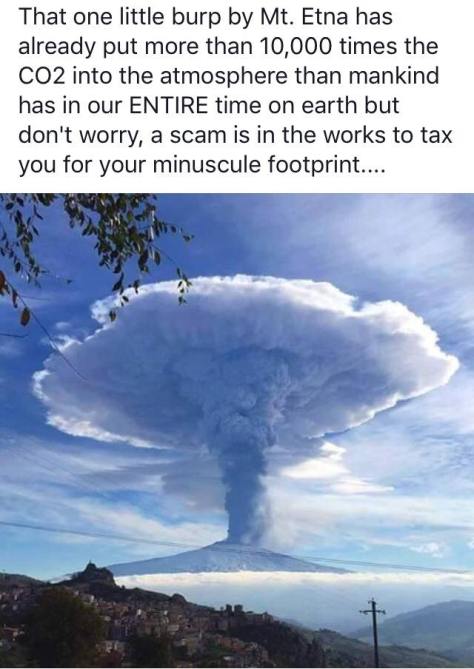 Don’t believe it. Don’t believe one word of it. Check this out. It’s a link to the Snopes article explaining why it’s not true. Simply, Mt. Etna releases the same amount of carbon dioxide in an eruption as a small European country does in one day. It’s rather insignificant when compared to the world.

I’ve seen this going around on Facebook with people believing every word of it. They’d take the word of a meme that cites no legitimate sources over the consensus of more than 99% of climate scientists. They say it’s a hoax or conspiracy. “They” are climate change deniers, people who have no formal training in climate science or atmospheric science. They are people who have no idea what science is.

I will fight against ignorance. When you understand the science, then I’ll take you seriously. If you look at all evidence and come to an unbiased conclusion, then I’ll listen. Unfortunately, all the people I’ve seen arguing that climate change isn’t happening are doing so from a political point of view, or they feel that local economics are more important than the future of our planet and the lives of our children and grandchildren. Such arrogance. Such self-centred righteousness.