It’s finally here. My Read the World Challenge is beginning. However, I’m not starting the reading. What I’m doing is starting the research, going over the options, and presenting them. What I need is the help of you, my readers. Just to remind you, what I’m doing is going through every country in the world, looking at a few books, and listing them for you to help me choose a book to read. You can also add other books if I haven’t mentioned them. So, let’s look at our first country. 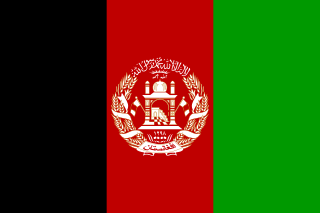 Afghanistan is a war-torn country in central Asia that I’m sure you know something about. It’s not a safe country to be at the moment. However, there are some interesting authors, including one who’s a New York Times bestseller. Let’s take a quick look at the books. First up is the video where I talk about the books. After that, you can read about them.

The Kite Runner, by Khaled Hosseini

Cover excerpt: Amir is the son of a wealthy Kabul merchant, a member of the ruling caste of Pashtuns. Hassan, his servant and constant companion, is a Hazara, a despised and impoverished caste. Their uncommon bond is torn by Amir’s choice to abandon his friend amidst the increasing ethnic, religious, and political tensions of the dying years of the Afghan monarchy, wrenching them far apart. But so strong is the bond between the two boys that Amir journeys back to a distant world, to try to right past wrongs against the only true friend he ever had.

Cover excerpt: Born a generation apart and with very different ideas about love and family, Mariam and Laila are two women brought jarringly together by war, by loss and by fate. As they endure the ever escalating dangers around them—in their home as well as in the streets of Kabul—they come to form a bond that makes them both sisters and mother-daughter to each other, and that will ultimately alter the course not just of their own lives but of the next generation.

And the Mountains Echoed, by Khaled Hosseini

Cover excerpt: In this tale revolving around not just parents and children but brothers and sisters, cousins and caretakers, Hosseini explores the many ways in which families nurture, wound, betray, honor, and sacrifice for one another; and how often we are surprised by the actions of those closest to us, at the times that matter most.

Following its characters and the ramifications of their lives and choices and loves around the globe—from Kabul to Paris to San Francisco to the Greek island of Tinos—the story expands gradually outward, becoming more emotionally complex and powerful with each turning page.

A Woman Among Warlords, by Malalai Joya

Cover excerpt: Malalai Joya has been called “the bravest woman in Afghanistan.” At a constitutional assembly in Kabul in 2003, she stood up and denounced her country’s powerful NATO-backed warlords. She was twenty-five years old. Two years later, she became the youngest person elected to Afghanistan’s new Parliament. In 2007, she was suspended from Parliament for her persistent criticism of the warlords and drug barons and their cronies. She has survived four assassination attempts to date, is accompanied at all times by armed guards, and sleeps only in safe houses.

Earth and Ashes, by Atiq Rahimi

Cover excerpt: When the Soviet army arrives in Afghanistan, the elderly Dastaguir witnesses the destruction of his village and the death of his clan. His young grandson Yassin, deaf from the sounds of the bombing, is one of the few survivors. The two set out through an unforgiving landscape, searching for the coal mine where Murad, the old man’s son and the boy’s father, works. They reach their destination only to learn that they must wait and rely for help on all that remains to them: a box of chewing tobacco, some unripe apples, and the kindness of strangers.
Haunting in its spareness, Earth and Ashes is a tale of devastating loss, but also of human perseverance in the face of madness and war.

These are only five of the books I found. If you’ve read any of them, let me know in the comments section below. If you have any other recommendations, also please let me know.

Next up is Albania!