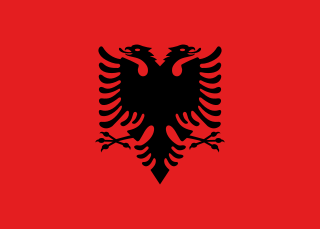 Albania is a former communist country located on the Balkan Peninsula near Greece, Macedonia, and Serbia. It was a very closed country, but has opened up and is enjoying a rising standard of living. However, it wasn’t very easy to find books from Albania that are translated into English. There’s one major author, and I added another from a lesser-known author. First, you can watch the video.

Chronicle in Stone, by Ismail Kadare

Cover excerpt: Masterful in its simplicity, Chronicle in Stone is a touching coming-of-age story and a testament to the perseverance of the human spirit. Surrounded by the magic of beautiful women and literature, a boy must endure the deprivations of war as he suffers the hardships of growing up. His sleepy country has just thrown off centuries of tyranny, but new waves of domination inundate his city. Through the boy’s eyes, we see the terrors of World War II as he witnesses fascist invasions, allied bombings, partisan infighting, and the many faces of human cruelty as well as the simple pleasures of life.

Evacuating to the countryside, he expects to find an ideal world full of extraordinary things but discovers instead an archaic backwater where a severed arm becomes a talisman and deflowered girls mysteriously vanish. Woven between the chapters of the boy’s story are tantalizing fragments of the city’s history. As the devastation mounts, the fragments lose coherence, and we perceive firsthand how the violence of war destroys more than just buildings and bridges.

Cover excerpt: From the moment that Gjorg’s brother is killed by a neighbour, his own life is forfeit: for the code of Kanun requires Gjorg to kill his brother’s murderer and then in turn be hunted down. After shooting his brother’s killer, young Gjorg is entitled to thirty days’ grace – not enough to see out the month of April.

Then a visiting honeymoon couple cross the path of the fugitive. The bride’s heart goes out to Gjorg, and even these ‘civilised’ strangers from the city risk becoming embroiled in the fatal mechanism of vendetta.

The General of the Dead Army, by Ismail Kadare

Cover excerpt: This is the story of an Italian general, accompanied by his chaplain, charged with the mission of scouring Albania in search of the bones of their fallen countrymen, killed twenty years earlier during World War II.

The Palace of Dreams, by Ismail Kadare

Cover excerpt: Ismail Kadare once called The Palace of Dreams “the most courageous book I have written; in literary terms, it is perhaps the best”. When it was first published in the author’s native country, it was immediately banned, and for good reason: the novel revolves around a secret ministry whose task is not just to spy on its citizens, but to collect and interpret their dreams. An entire nation’s unconscious is thus tapped and meticulously laid bare in the form of images and symbols of the dreaming mind.The Concert is Kadare’s most complete and devastating portrayal of totalitarian rule and mentality. Set in the period when the alliance between Mao’s China and Hoxha’s Albania was going sour, this brilliant novel depicts a world so sheltered and monotonous that political ruptures and diplomatic crises are what make life exciting.

The Country Where No One Ever Dies, by Ornela Vorpsi

Cover excerpt: A young girl’s father is constantly forcing her to kiss him, and her aunt predicts that she will grow up to be a whore. With Albania’s communist regime crumbling around them, sex, dictatorship, and death are inescapable subjects for the girl and her family;though the protagonist of The Country Where No One Ever Dies always confronts the ridiculousness of her often brutal reality with unflappable irony and a peculiar kind of common sense. Her name and age changing from moment to moment, she is an unforgettable portrait of the imagination under siege, while The Country Where No One Ever Dies is itself a one-of-a-kind atlas to a land where black comedy is simply a way of life.

As I said, Albania wasn’t very easy to research. I’d already added The Palace of Dreams to my to-read list a couple years ago, but others look interesting too. If you’ve read any of them, let me know in the comments section below. If you have any other recommendations, also please let me know.

Next up is Algeria!