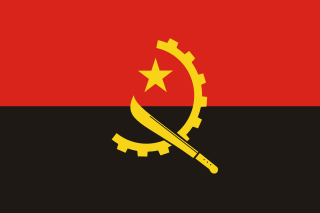 Angola is located in the southern part of Africa, north of Namibia and south of the Democratic Republic of Congo. It’s interesting taking a look at African literature because we don’t really hear much about it. When researching Angola, I found that several authors are of European descent, though they were born and raised in Angola. There are several books available in English. Let’s watch the video.

The Book of Chameleons, by José Eduardo Agualusa

Goodreads Description: This unusual novel about the landscape of memory and its inconsistencies follows Felix Ventura as he trades in a curious commodity–he sells people different pasts. He can create entirely new pasts full of better memories and complete with new lineage or augment existing pasts as needed. Narrated by an exceptionally articulate and rather friendly lizard that lives on Felix’s living-room wall, this richly detailed story explores how people can remember things that never happened–and with extraordinary vividness–even as they forget things that did in fact occur.

A General Theory of Oblivion, by José Eduardo Agualusa

Goodreads Description: On the eve of Angolan independence an agoraphobic woman named Ludo bricks herself into her apartment for 30 years, living off vegetables and the pigeons she lures in with diamonds, burning her furniture and books to stay alive and writing her story on the apartment’s walls.

Almost as if we’re eavesdropping, the history of Angola unfolds through the stories of those she sees from her window. As the country goes through various political upheavals from colony to socialist republic to civil war to peace and capitalism, the world outside seeps into Ludo’s life through snippets on the radio, voices from next door, glimpses of someone peeing on a balcony, or a man fleeing his pursuers.

A General Theory of Oblivion is a perfectly crafted, wild patchwork of a novel, playing on a love of storytelling and fable.

Goodreads Description: Luanda, Angola, 1990. Ndalu is a normal twelve-year old boy in an extraordinary time and place. Like his friends, he enjoys laughing at his teachers, avoiding homework and telling tall tales. But Ndalu’s teachers are Cuban, his homework assignments include writing essays on the role of the workers and peasants, and the tall tales he and his friends tell are about a criminal gang called Empty Crate which specializes in attacking schools. Ndalu is mystified by the family servant, Comrade Antonio, who thinks that Angola worked better when it was a colony of Portugal, and by his Aunt Dada, who lives in Portugal and doesn’t know what a ration card is. In a charming voice that is completely original, Good Morning Comrades tells the story of a group of friends who create a perfect childhood in a revolutionary socialist country fighting a bitter war. But the world is changing around these children, and like all childhood’s Ndalu’s cannot last. An internationally acclaimed novel, already published in half a dozen countries, Good Morning Comrades is an unforgettable work of fiction by one of Africa’s most exciting young writers.

Goodreads Description: Pepetela’s novel is a fascinating study of the tensions produced by racism, tribalism, and sexual morals.

The Return of the Water Spirit, by Pepetela

Goodreads Description: Set in Angola in the late 1980’s, a time of war, and when the Marxist-orientated ruling elite became engulfed by corruption, nepotism and rampant capitalism.

Three centuries earlier, a hideous crime occurred, the beheading of a slave who had had inappropriate relations with his Master’s daughter. Now, in the very same Kinaxixi Square in the city of Luanda buildings are falling down one by one baffling the country’s engineers. Many describe this mysterious process as ‘Luanda Syndrome, God’s punishment on a degenerate society.

Drawing on the essence of African mythology which had all but been obliterated by history, could this be explained by the return of a Water Spirit (the ‘kianda’)?

The novel focuses on the interplay between these two forces-the forces of old and new. Just like faith can move mountains, the spirit of the water can move cities.

This book is a scathing critique of Angola’s ruling elite, for abandoning their socialist principles in favour of rampant capitalism.

So, that’s about it for Angola. There are more books, but I limit it to five. If you’ve read any of these books, please let me know what you thought. If you know of any other Angolan books, let me know in the comments below.

Next up is Antigua and Barbuda!