In our tour of the world of literature, the Read the World Project has arrived at its first African country. In Read the World, I am researching literature from each country in the world alphabetically, and will ultimately decide which book to read as part of the Read the World Challenge. I am doing this both on this blog and on YouTube. So, let’s check out the next country! 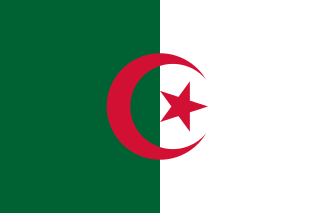 Algeria is a country in North Africa, situated on the Mediterranean Sea. With an official language of French, it has had close ties with France, and was controlled by France in the twentieth century. It’s a culturally rich country with landscapes ranging from the Sahara Desert to the Atlas Mountains to the Mediterranean coast. One of its authors is very well-known. Let’s take a look at the video.

The Stranger, by Albert Camus

Cover excerpt: Through the story of an ordinary man unwittingly drawn into a senseless murder on an Algerian beach, Camus explored what he termed “the nakedness of man faced with the absurd.” First published in English in 1946; now in a new translation by Matthew Ward.

The Plague, by Albert Camus

Cover excerpt: A gripping tale of human unrelieved horror, of survival and resilience, and of the ways in which humankind confronts death, The Plague is at once a masterfully crafted novel, eloquently understated and epic in scope, and a parable of ageless moral resonance, profoundly relevant to our times. In Oran, a coastal town in North Africa, the plague begins as a series of portents, unheeded by the people. It gradually becomes a omnipresent reality, obliterating all traces of the past and driving its victims to almost unearthly extremes of suffering, madness, and compassion.

The Meursault Investigation, by Kamel Daoud

Cover excerpt: He was the brother of “the Arab” killed by the infamous Meursault, the antihero of Camus’s classic novel. Seventy years after that event, Harun, who has lived since childhood in the shadow of his sibling’s memory, refuses to let him remain anonymous: he gives his brother a story and a name—Musa—and describes the events that led to Musa’s casual murder on a dazzlingly sunny beach.

In a bar in Oran, night after night, he ruminates on his solitude, on his broken heart, on his anger with men desperate for a god, and on his disarray when faced with a country that has so disappointed him. A stranger among his own people, he wants to be granted, finally, the right to die.

Swallows of Kabul, by Yasmina Khadra

Cover excerpt: Since the ascendancy of the Taliban the lives of Mosheen and his beautiful wife, Zunaira, have been gradually destroyed. Mosheen’s dream of becoming a diplomat has been shattered and Zunaira can no longer even appear on the streets of Kabul unveiled. Atiq is a jailer who guards those who have been condemned to death; the darkness of prison and the wretchedness of his job have seeped into his soul. Atiq’s wife, Musarrat, is suffering from an illness no doctor can cure. Yet, the lives of these four people are about to become inexplicably intertwined, through death and imprisonment to passion and extraordinary self-sacrifice.

The Swallows of Kabul is an astounding and elegiac novel of four people struggling to hold on to their humanity in a place where pleasure is a deadly sin and death has become routine.

Cover excerpt: In this stunning novel, Assia Djebar intertwines the history of her native Algeria with episodes from the life of a young girl in a story stretching from the French conquest in 1830 to the War of Liberation of the 1950s. The girl, growing up in the old Roman coastal town of Cherchel, sees her life in contrast to that of a neighboring French family, and yearns for more than law and tradition allow her to experience. Headstrong and passionate, she escapes from the cloistered life of her family to join her brother in the maquis’ fight against French domination. Djebar’s exceptional descriptive powers bring to life the experiences of girls and women caught up in the dual struggle for independence–both their own and Algeria’s.

Algeria has a good deal of books that are available in English. These are only some that are available to read. If you’ve read any of these books, please let me know what you thought of them in the comments below. Also, if you have any other recommendations, I’d love to hear them.

Next up is Andorra!