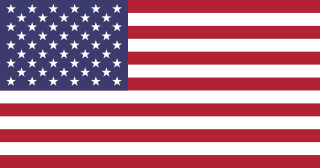 I did another quiz, this time about the United States. Well, here are the answers.

1. What’s the capital of the United States?

2. What are the three largest cities in the US by metropolitan area population?

3. What’s the population of the US?

4. How many states are there?

5. What is the largest state by area?

6. Which state has the smallest population?

7. If you go directly south from Detroit, where do you end up?

I should’ve been a bit more clear with this question. I meant immediately south, like as soon as you leave Detroit, where are you? I will accept any of the following answers:

So, how did you do? You’ll learn more when I begin Geography Quick Facts, including each state individually. Thanks for participating in the quiz!

With the successful response about Canada, I thought I’d ask about the United States. It seemed not many people were very knowledgeable about Canada, unless they lived there. Of course, most of my readers are Americans, so why not see what they know about their own country? And what do other people know about the USA? So, without looking up the information, I’d like you to answer the following questions. No cheating, please!

I will be marking your answers, just like I’ll be marking the Canada answers. If you don’t do well, then you can learn a lot about the United States with Geography Quick Facts, coming soon!

I asked some questions about Canada earlier today, and now it’s time to give the answers.  How did you do?

1. What’s the capital of Canada?

This is a pretty simple one. It’s Ottawa. It seems Montreal was a common answer, but the correct answer is Ottawa.

2. What are the three largest cities in Canada by metropolitan area population?

The common answers were Toronto and Montreal, but I also saw Quebec, Ontario (which is a province, not a city), Vancouver, and Calgary. Well, here are the answers, as of the 2011 census:

3. What’s the population of Canada?

4. How many provinces are there?

There are 10 provinces and 3 territories. The provinces from west to east are: British Columbia, Alberta, Saskatchewan, Manitoba, Ontario, Quebec, New Brunswick, Prince Edward Island, Nova Scotia, and Newfoundland and Labrador. The territories are: Yukon, Northwest Territories, and Nunavut.

5. What’s the most widely spoken language in Canada?

How did you do? I hope you learned a bit about Canada. In the future, I’ll be covering all of the countries in the world, including Canada, with the Geography Quick Facts series. You’ll be able to learn about countries in a quick and easy way. Thanks for answering the questions.

What do you know about Canada? I’m sure you know the flag has a maple leaf. But what else do you know? I’m going to give you a simple geography quiz. Please answer the questions in the comments without looking up the answer. This will be quick, I promise. But I’d also like you to say where you’re from. Let’s see how well the Canadians and the non-Canadians do.  Ready?

I will be marking your answers. If you didn’t do well, then my upcoming series Geography Quick Facts will definitely help!

Let’s start with sports.  I used to play hockey when I was in elementary school.  It’s always been my favourite sport.  But I was never known to be an offensive threat.  I played right wing, but I’d never scored a single goal.  Why?  I hated attention.  I never liked being in the spotlight, so I didn’t try hard.  Now, I wish I could’ve changed all that.  These days, my athletic focus is on long distance walking and hiking.  I’ve walked 35 km uninterrupted in 8 1/2 hours.  That was for fun.

As the title of this blog states, I read encyclopedias for fun.  But did you know that I rarely read fiction when I was younger?  I was far more interested in science, history and geography.  I didn’t start liking fiction until I was in high school.

Those who know me know that I did very well in school.  But they may not know that I didn’t like English class.  The reason?  I hated analysing novels and poetry, describing any hidden meaning that, according to some teachers, has only one correct answer.  English wasn’t my worst class.  That was social studies.  I liked history, but I didn’t like writing essays on history.

I rarely had math homework.  I almost always finished it before class ended.

I used to be a Kabuki Kab driver/tour guide in Victoria.  It was only for a couple of months until I tore my quad muscle.  I never had surgery.  Glad I didn’t, because my knee is close to 100% normal.  Someone I know with the same iinjury had surgery and her knee was never the same.

I was bullied in junior high school.  Physically in grade 7, emotionally and psychologically in grade 8.  I faked being sick just to get out of going to school in grade 8 sometimes.  Sorry for lying about that, mom.

I was a big Star Trek fan.  I went to a few conventions.  I still enjoy Star Trek a lot.  I’ve met Michael Dorn, Marina Sirtis and James Doohan.

I loved dinosaurs as a kid.  Not for the same reasons other kids liked dinosaurs, though.  I liked them for biological and evolutionary reasons.  I loved science (still do, of course).  I almost went into palaeontology in university.  One of my favourite books is a very detailed and scientific book about dinosaurs that I bought at the Royal Tyrrell Museum in Drumheller, Alberta.  I bought it when I was in junior high school.  It was an amazing book.  When I was away at university, my mom gave away all my childhood books that I didn’t need anymore.  I think she gave that book away, too.  I still want it back.

I hate tomatoes, tomato sauce, pizza sauce and meat sauce.  However, I like ketchup, barbecue sauce, A1 sauce and HP sauce.

I hate bell peppers, but I like jalapeno peppers and have been known to eat anything with habanero pepper seasoning.

I used to hate broccoli, but now I like it, as long as it isn’t boiled and mushy.  It needs to retain some crunchiness.

I did a research paper for my radio astronomy class in university on the radio emissions of Jupiter.

I love being on the top of mountains, big hills and tall buildings.

I don’t believe in any religion, but I like Buddhist temples and Shinto shrines in Japan, mainly for aesthetic reasons, but I also find them peaceful and relaxing.

I may not believe in religions, but I find them interesting culturally (and no, you can’t convert me).

I have a prejudice against Rottweilers.  One killed my dog.

I used to do surveys in a call centre.  Hated that job, but I was good at it.  My coworkers and bosses made it bearable.  Good group of people.  It was far more enjoyable, though somewhat tedious, being a team leader there.

I did data entry with a company contracted by the British Columbia government to input vital statistics records into a database.  I entered my uncle’s birth record.

I have eaten octopus sashimi and disliked it.  I have eaten basashi (raw horse meat) and didn’t dislike it.

One of my goals is to visit all 47 prefectures of Japan.  I have a long way to go.  I also have a goal to visit all 10 provinces and 3 territories of Canada.  That’s much easier to achieve, even though it’s a much larger country.

My grade 1 teacher was my aunt, until she retired halfway through the year.  I strongly disliked her replacement, who couldn’t even pronounce the word “film.”  It’s not “fillum!” Even as a 6 year old, it irritated me.

My grade 3 teacher accused me of trying to cheat on a test.  I was merely looking at the floor while thinking.

In grade 7, I was told by my social studies teacher that I had a photographic memory.  I’m very good at geography.  I can picture fairly accurate maps in my mind.  This ability has also helped me with physics, spelling, chemistry and biology.  Spelling?  Yes, I picture the words in my mind when I want to spell them.

I’ve witnessed a suicide.  A man jumped in front of a train almost directly in front of me in August 2005.  I remember every detail of that moment.

I have a sarcastic sense of humour, but have also been known to use terribly corny puns.

The person I most respect is my maternal grandfather.

I’m a native English speaker, studied French for 8 years (and have forgotten most) and am currently studying Japanese (speaking still beginner, but understanding is low intermediate level).  I want to become conversational in Japanese, study French again, then move on to Spanish, German and possibly Italian, Norwegian, Chinese and Korean.

I love shrimp, but I can’t stand it if the head is still attached.

My favourite alcohol is sake, though I only drink it about 3 or 4 times a year.

The search for extrasolar planets excites me.

Well, I think that’s about enough for now.  Any comments or questions?  If you want to know anything else, please ask in the comments.  I may answer if it isn’t too personal.