Continuing on with an astronomical theme this month, in celebration of the planetary alignment, I bring to you another list involving the Solar System. This list is entirely my opinion. I studied astronomy in university, and my main interest was in planetary sciences. We have made some incredible discoveries over the past few years with numerous space probes visiting several worlds in our Solar System. New Horizons was an amazing success at Pluto, Cassini has provided incredible information from Saturn, Dawn brought us wonderful images and information from Vesta and Ceres, and the small army of probes at Mars continue to surprise us. But there’s still so much more to discover. This is what I would like to see in the future in terms of space probes.

With the success of New Horizons at Pluto, the next largest unexplored world in the Solar System is the dwarf planet Eris. It’s more massive than Pluto, but slightly smaller. With a higher density, what does that mean? Why is a world so much farther from the Sun than Pluto denser? Studying this world could help us understand more about the evolution of the Solar System. It’s completely unknown what Eris may look like, but we can take educated guesses. Pluto completely surprised us, and I suspect that Eris will, too. Unfortunately, it may take around thirty years for a probe to reach Eris, so I’d wait on this until we have better propulsion technology.

You’re probably wondering why I would recommend Pluto so soon after the New Horizons mission. Well, Pluto has turned out to be such an intriguing world, one that is active and unique. It and Charon form a remarkable pair of worlds that need to be studied more. With such a variety of landscapes on one side of each world, what surprises do the other sides have? The possibility of a subsurface water ocean means that Pluto has a chance at supporting life. It appears there may be cryovolcanoes that were active relatively recently, as well. The difficulty with this mission is inserting the probe into orbit. Pluto has such a small mass that the probe can’t be traveling at such a high speed when it approaches the world.

Venus has been landed on before by the Soviet Venera series of probes, but they only lasted a few minutes to a bit over an hour due to the hot, acidic, and dense atmosphere. A robust lander would need to be developed, preferably a rover. Venus is described as Earth’s failed twin. It had a runaway greenhouse effect that made the surface uninhabitable. While Magellan has mapped the surface and discovered many Earth-like features, a surface probe may help to answer many questions, such as whether Venus is still geologically active, whether volcanoes still erupt, and so on. It would be fascinating to study the geology of the world. Both NASA and Russia have proposals for landers on Venus.

It’s been thirty years since Uranus was visited by Voyager 2. The sideways ice giant has only been flown by, so no intense study of the world and its moons has been conducted. Uranus is intriguing because of its nearly ninety degree tilt to the plane of the Solar System. We haven’t been able to study an ice giant up close, and Uranus is the closer of the two. It has an interesting group of moons, as well, four of which are larger and appear to feature scarps and canyons. But Miranda has my interest, as it seems to be a small moon that has been broken apart and reassembled. It has a huge cliff, as well. I want to see more of this moon.

Ganymede is the largest moon in the Solar System, and has the attention of scientists because of its likely subsurface ocean. Larger than Mercury, its surface is a mishmash of various features, including craters and grooved terrain. Galileo studied Ganymede when it was at Jupiter, but a closer look would be warranted. I’d like to suggest a surface lander or rover, but an orbiter may be better. The ice crust is so thick that it’s unlikely that the ocean could be examined from the surface. And besides, the surface of Ganymede is quite old. Thankfully, both may be coming true! ESA’s Jupiter Icy Moon Explorer (JUICE) will be launched in 2022, and will orbit Ganymede, while a Russian proposal to land on Ganymede could be launched in 2024.

Venus appears twice in this list for a very good reason. While the surface needs to be explored, so does the upper atmosphere. The temperature, air pressure, and chemical composition of this layer of the planet may be able to support life. That alone makes Venus’ atmosphere a very good destination. Already, there’s a NASA proposal called VAMP (Venus Atmospheric Maneuverable Platform) that would be an inflatable aircraft driven by propellers. I guess NASA is already thinking about this.

With the Cassini/Huygens pair being successful, why not at Neptune? Neptune is the other ice giant planet, and eighth in the Solar System. It has its own large collection of moons, dynamic atmosphere with large storms, and ring system. I’d like to see an orbiter for the planet that explores it and its moons, while a lander is deployed to the surface of Triton. Triton is very interesting and active. It has geysers, a thin nitrogen atmosphere, and possible subsurface ocean. That needs to be checked out. 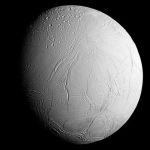 This little world has proven to be a complete surprise. Although small, it is active due to tidal interactions with Saturn. At the southern pole of the moon, there are ‘tiger stripes,’ which have geysers that have been observed venting water vapour into space and back to the surface as a kind of snow. Further study has shown that Enceladus has a global subsurface ocean of water, which makes this tiny world a very important place to look for life. An orbiter might be difficult with its low gravity, but a surface probe sent to the southern region would be very interesting. Both NASA and ESA are considering missions to Enceladus that would ultimately involve Titan. 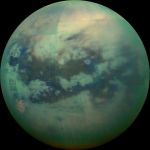 Titan is a high priority for further studies, in my opinion. It’s so Earth-like in appearance and is the only other world in the Solar System with long-term surface liquids. A lander, preferably a rover, could examine the icy surface, possibly near the seas or riverbeds. A flier would fly through the thick atmosphere observing the land below it and sampling the air. It would be nice if both could be done in the same mission, though unlikely. It’s also a candidate for the study of possible life. There are proposals under consideration by both NASA and ESA for landers, balloons, airplanes, boats, and even a submarine.

This is an obvious choice. Europa has the greatest chance of life, according to many people. It has a subsurface saline ocean that could be examined by a lander that drills through the thick ice crust. The implications of finding life there would have a big effect on many people back on Earth. The good news is that JUICE is going to fly by Europa, and NASA has been directed by Congress to develop a mission to land on Europa and do it soon. They want this mission to happen. So, it looks like we’re going to get it.

What do you think? Which of these missions would you be interested in? Do you have others you’d like to see? Let me know in the comments below. Maybe we can come up with some great ideas we haven’t thought of before.

My first Slavic language. Oh boy, what am I getting myself into? This language intimidated me before I even tried attempting to study a bit of it. All those szcz strings and everything else. Unlike many other Slavic languages, I can read it without learning a new alphabet. I went into this believing it was going to be difficult. So, let’s see what I really thought about it.

It’s basically like the Roman alphabet, but with an additional 9 letters, which are basically Roman letters with accents or other things attached to them. I could get used to it.

I’m lost. Well, not completely, but just six lessons doesn’t really help me figure out what they’re saying. I can’t listen and accurately type the words. This will take a lot of time to get used to. Some of the sounds don’t logically go with the letters I see, from an English centred brain.

The good things are that it’s subject-verb-object. Thank you! Also, there are no articles. That’s easy! And that means no gendered nouns. Also, present simple and progressive are the same.

The difficult things are that the verb conjugations are a bit tough to learn. And this language has cases. Seven cases, to be exact. I really have no idea what to expect there. Plural words have different suffixes, so I haven’t been able to figure those out yet.  What am I getting myself into?

I still have Ukrainian and Russian to do. They use the Cyrillic alphabet, which I will have to learn before tackling the languages. They’re also Slavic, so I’m thinking they’re even more difficult than Polish!

Do you speak Polish? Are you interested in or are learning Polish? Let me know what you think in the comments below.