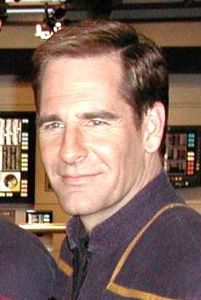 Captain Jonathan Archer, commanding officer of the Enterprise, NX-01 eventually became one of the most important figures in establishing the United Federation of Planets in 2161, following the war with the Romulans.  He later served as Chief of Staff at Starfleet Command, then Ambassador to Andoria from 2165 to 2175.  And then he was President of the Federation from 2184-2192.  He retired as President when he was 80 years old.  He eventually died in 2245, the day after the USS Enterprise (NCC-1701) was commissioned at the age of 133.  What a life he will have.

How do I figure this?  Well, look at him.  He has brown hair, I have brown hair.  What more evidence do you need?  There’s also a history of people named John in my family.  That’s even more evidence!

I’m so proud of my great-great-grandson, the future Captain of the Enterprise, Ambassador to Andoria, and Federation President.

A week ago, she coloured her face with a blue crayon.  She’s sure grown. 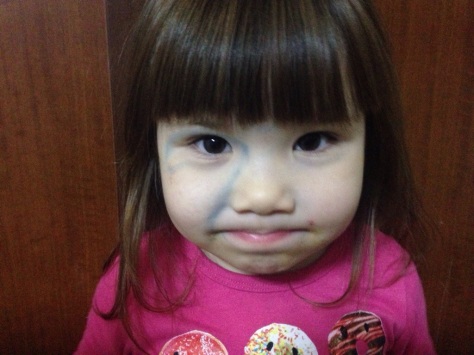 This is my little girl. She’s three years old now.